While studying in Dublin for an ERASMUS-Semester I had one week off – it was called study-week – but I hadn’t that much to review, and everybody left, especially the other ERASMUS-students, so I decided to fly to Madrid. Again, I flew by myself and had a fantastic time, and it was there where everything began. 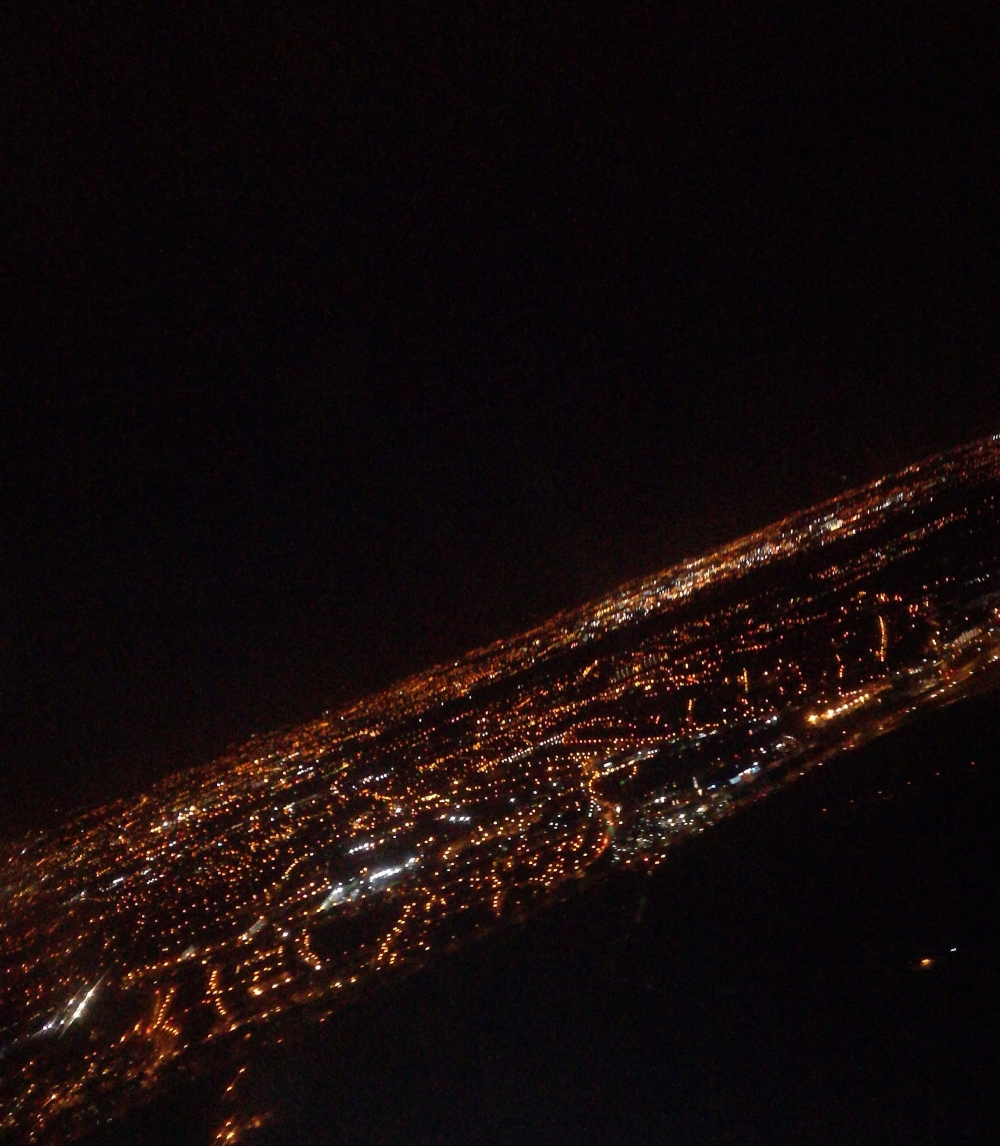 I got a cheap flight with Ryanair, but my flight was scheduled at 6.30 am. I was so tired because I barely slept that night. But while queuing to board the plane, I noticed a girl and a guy which I always saw at the gym at my university. I never spoke to them before, but I was sure that they must have noticed me bevor as well. I went to them and asked them if they would study at Trinity College. I found out that they were with a group of six people all from the US. They were on an exchange program at Trinity college too. As they were in Europe for the first time, they used the time and traveled around as much as they could. Arriving at the airport in Madrid I asked them if I could join them in the city center as their Hostel was only 300 meters away from my Hostel. I stayed in the Hostel named Madrid Motion Hostels – but I wasn’t happy at all. The rooms were small, and it wasn’t that clean. They stayed in Mola Hostel, it was the same price, and by far better, I even thought about changing the Hostel for a moment. Anyway, after getting rid of our luggage, we met again to have lunch together. We had lunch at the Plaza Mayor. I usually try to avoid such touristic places to eat – food is often much more expensive and often not as good – but our lunch was fabulous. We had the traditional paella with sangria. 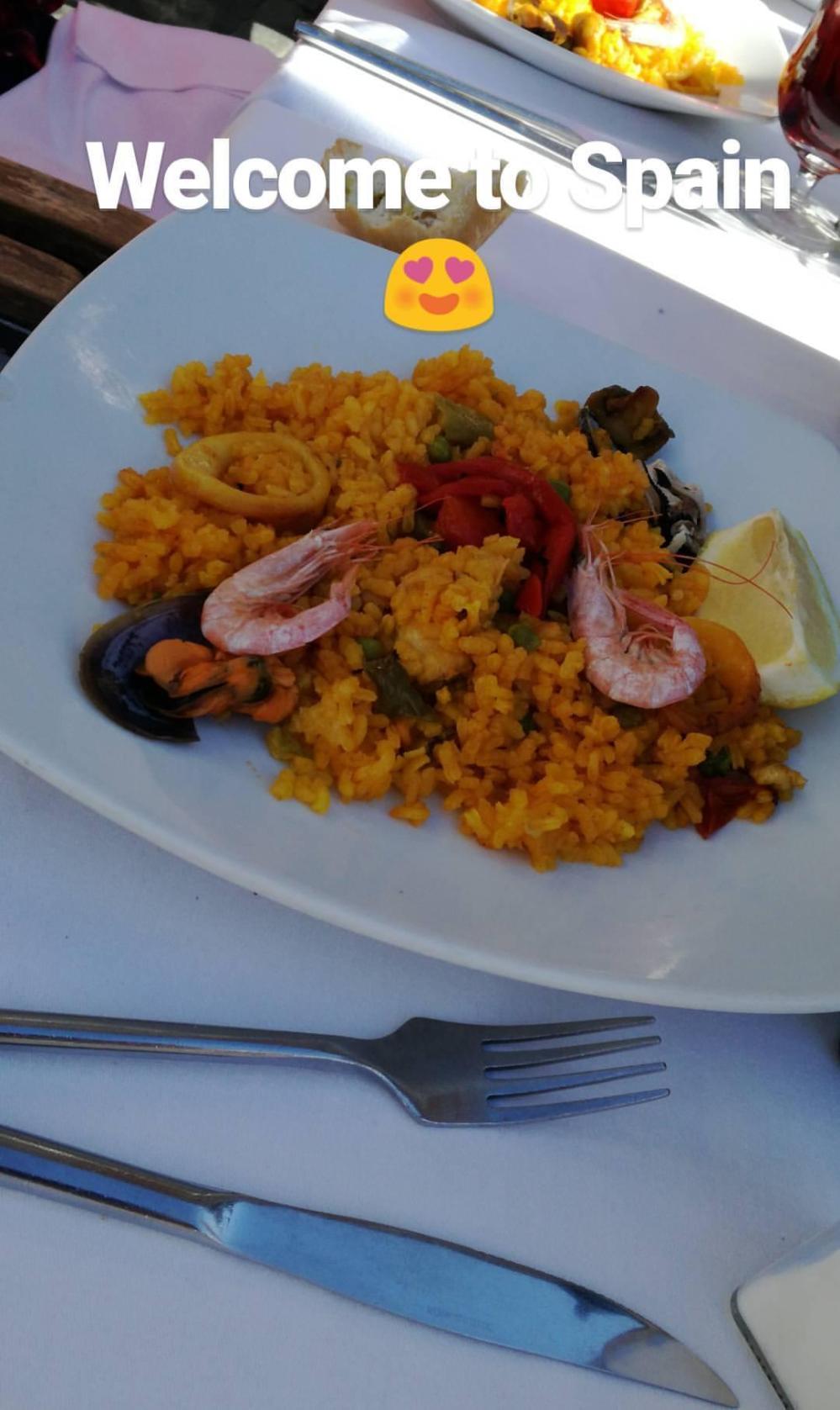 Because of my lack of sleep in the night, I decided to rest in the afternoon and meet them again in the evening. I had a good nap, and afterward, I went for a run in the “Parque del Buen Retiro” – a beautiful park in the middle of the city, perfect for a long walk or a run. In the evening we ate traditional Tapas. The bar is called “El Tigre,” and they have such amazing tapas. You can get a plate of Tapas and half a liter of beer for only 5 Euros – It’s a must do! After that, we headed to a roof-top bar and had a drink there. 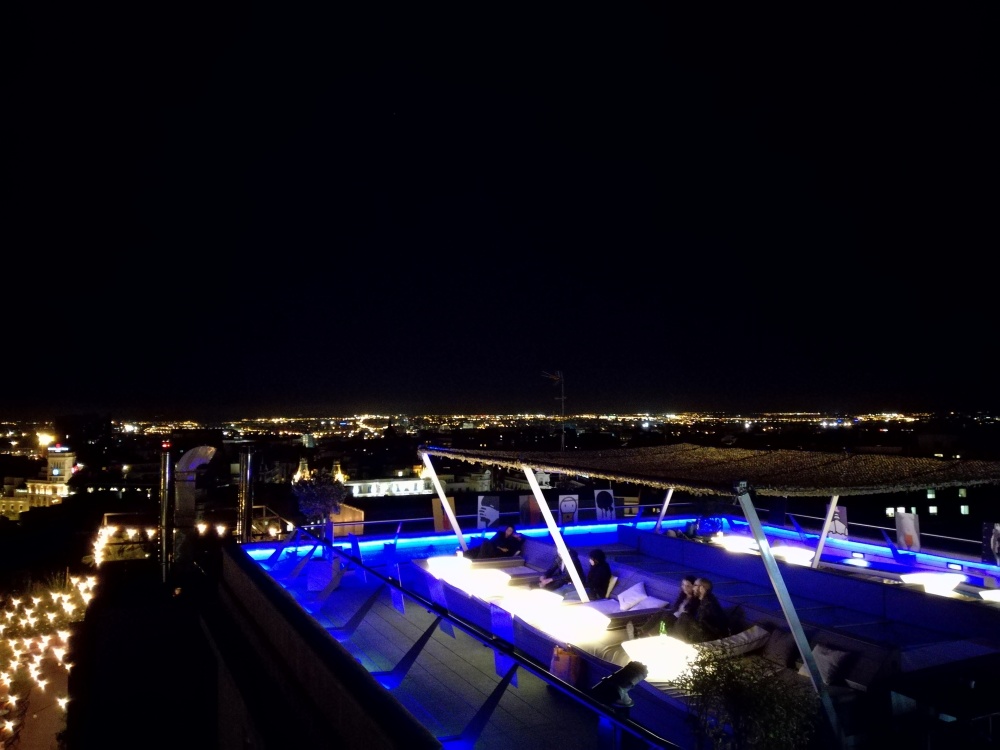 The next morning, we took part in a free walking tour. And that was the moment everything began. I started to talk to the guide of this tour – it was a girl from Canada who studied at that time in Madrid – and she did a WorldTravel by herself some years ago. We began to speak about it, and I told her about my plans. After that, I couldn’t stop thinking about it, and three days later I booked my first flight. To get the full story, you can check out this post. On tour, we saw the oldest restaurant in the world, the palace of Madrid and we learned a lot about the culture.

In the evening we decided to go clubbing. We had another paella for dinner and pre-drank at the hostel. I went with this group of people from the US to the club, and it was one of the finest clubs in Madrid, Joy’s club – the entrance was pretty expensive, but the venue is impressive. In there I met a guy from my Hostel, and he had friends from Madrid. They stayed in the VIP area and invited me to join them. In the end, we had a table just behind the DJ and partied until 6 in the morning – it was a crazy night.
Waking up with – my hangover was terrible – I had no plan what to do, so I asked at the reception for advice. They recommended me to visit Toledo. A tiny but beautiful city one hour away from Madrid. In the bus, I met a guy from Argentina, and we spent the day together. Toledo is such a beautiful city, there is not much to visit, but it is perfect to have a walk around and to get rid of the Hangover. In the evening we went back to Madrid and had Tapas at “El Tigre” – again, but they are so delicious. It was the last evening, and I was so tired from the party the night before, so I just went straight to bed. The other day I flew back to Dublin – with a million thoughts about my WorldTravel, which I couldn’t get rid of – where I met my parents. 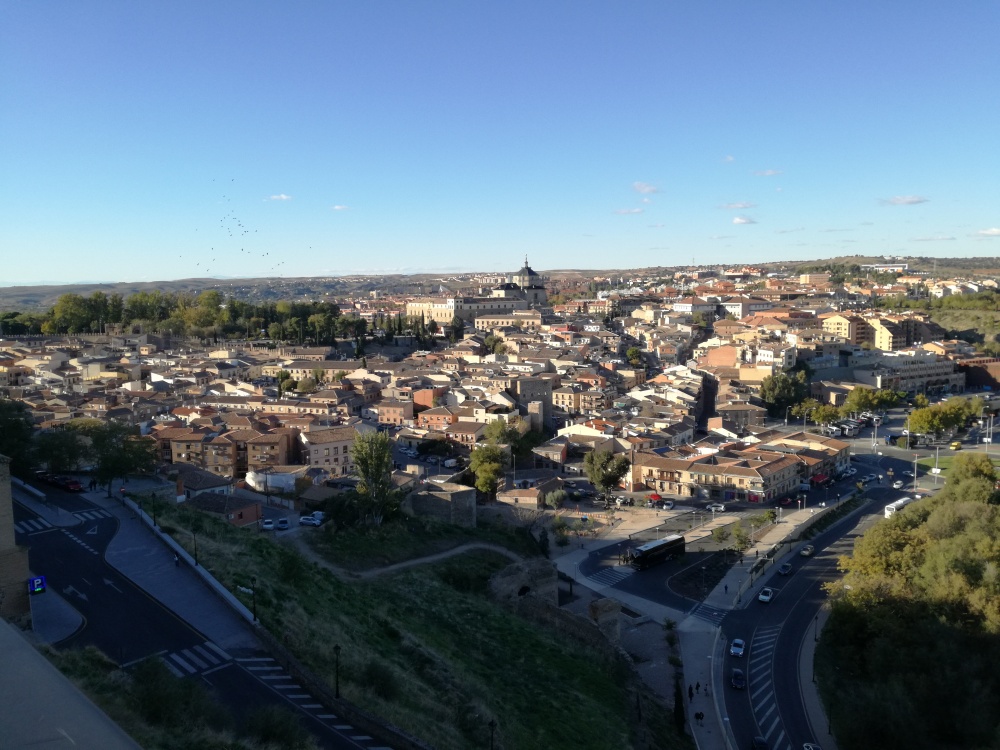 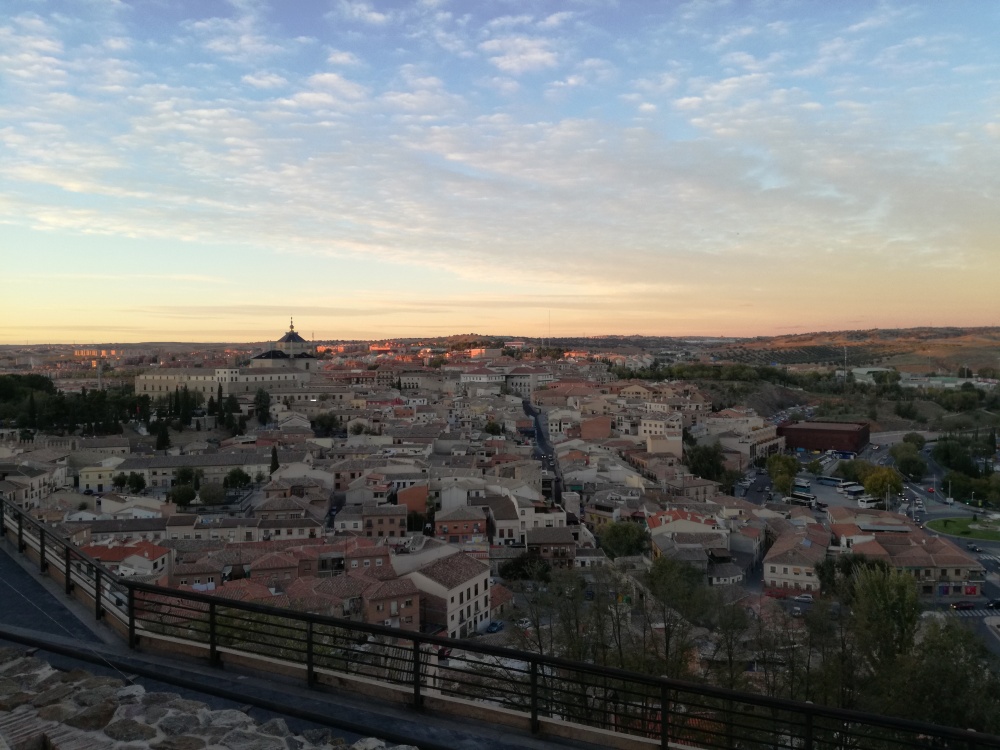 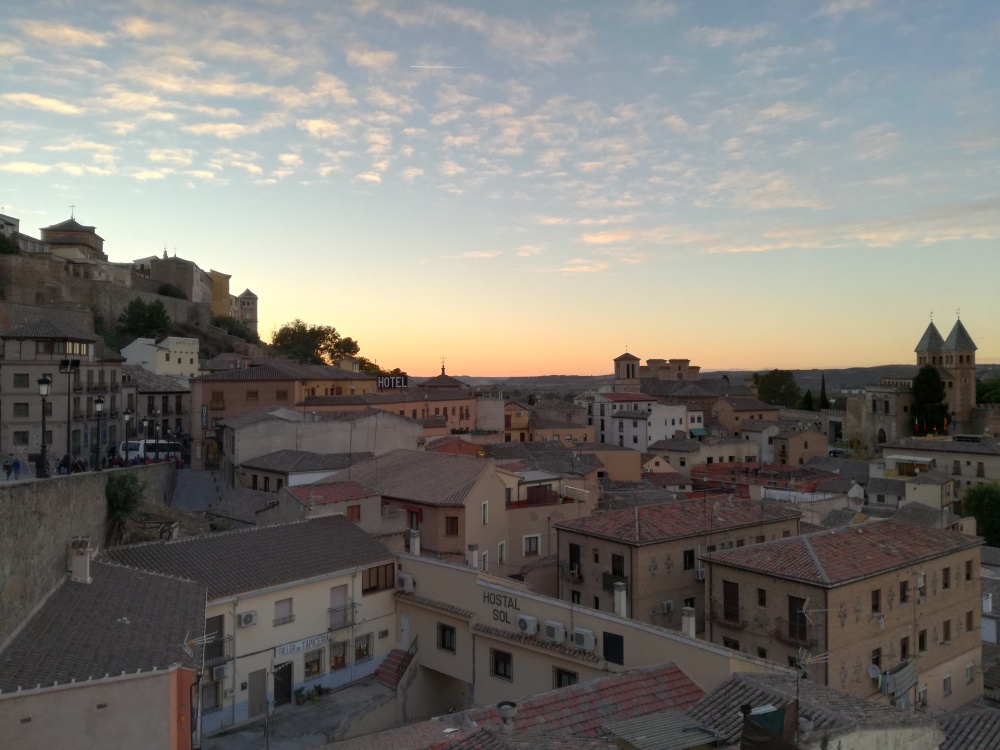 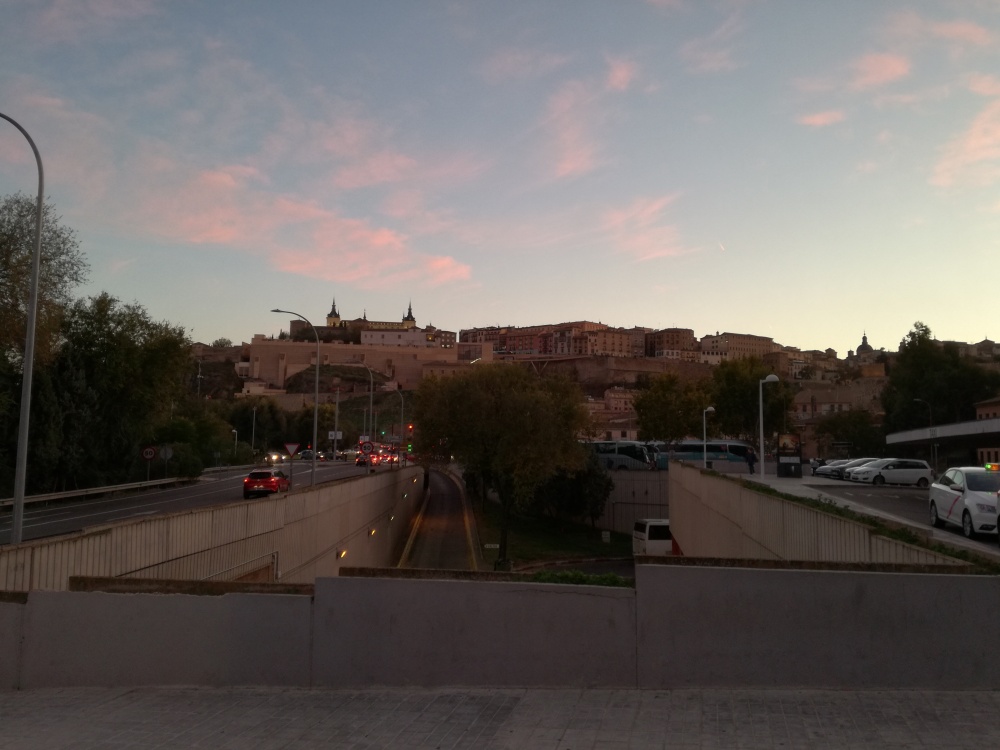 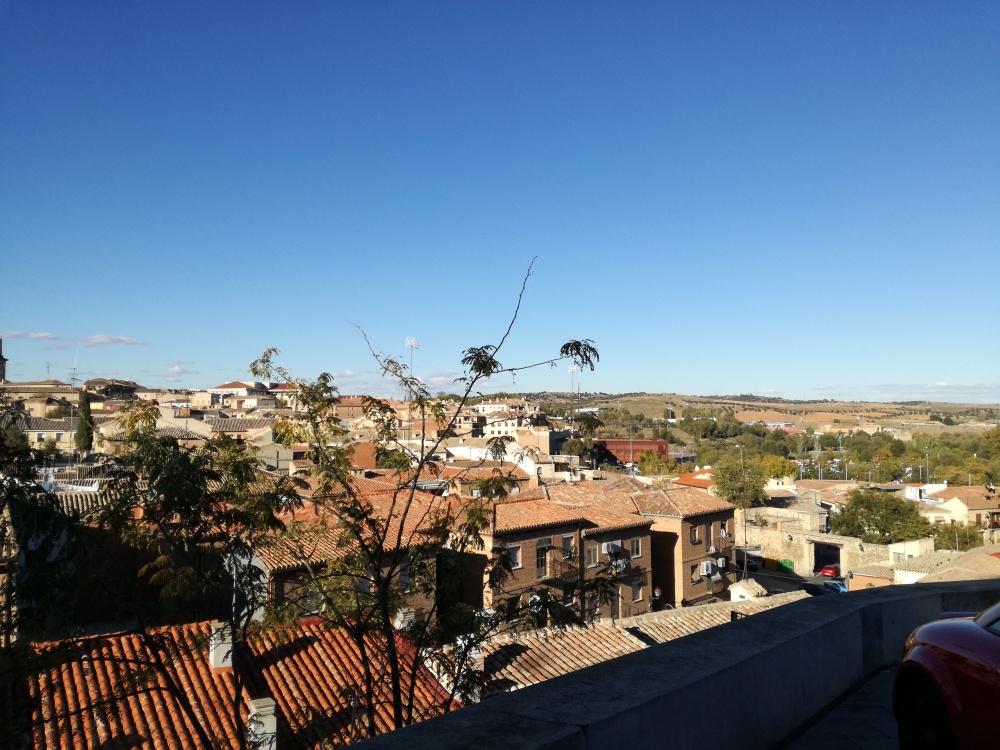